The Golden Bear RCAF Wing was the Bay Area branch of the Air Force Association of Canada.  While it has since ceased to exist, when it was in operation many of the members and leadership were also members of one of the Bay Area branches of the Royal Canadian Legion.  Below is their newsletter from April 2005, which features several former and current members of Branch 25. 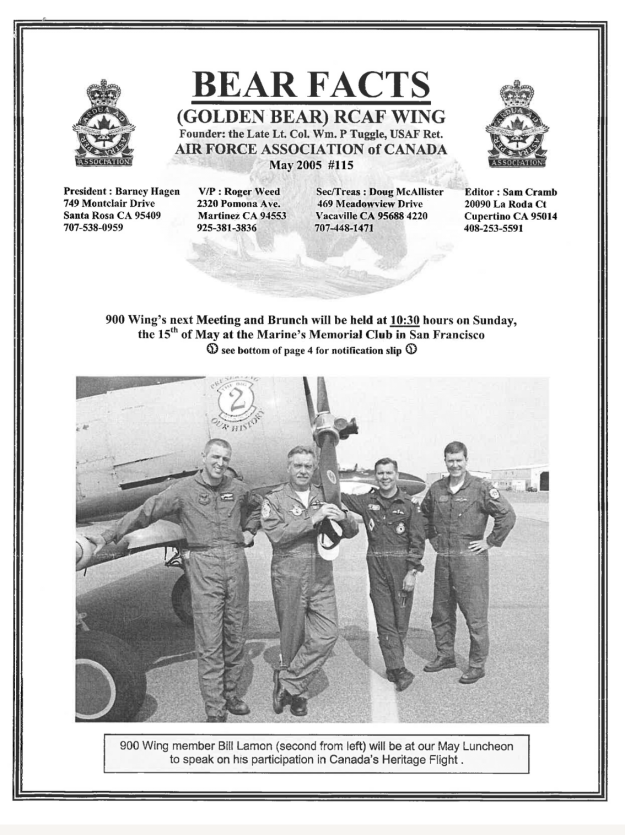