Calling all Canucks in the Big Apple, on October 13th, we’re celebrating the launch of C100’s newest chapter – New York!

In celebration of C100’s growing presence in New York City, we’re hosting an evening outdoors to connect New-York based Members who make up the founding community of this Chapter.

Who: C100 Members based in NY or visiting in town. Not a Member? Apply here
Where: Manhattan (details to be shared with registered attendees) 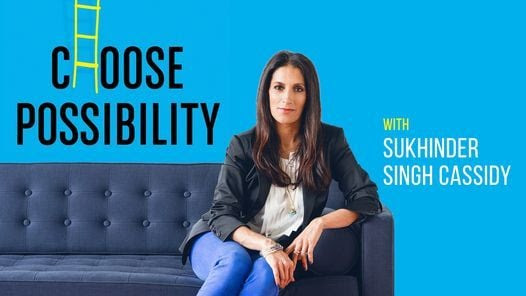 Join us for an intimate fireside chat with Sukhinder Singh Cassidy, one of Silicon Valley’s most admired leaders, a valued C100 Charter Member and author of her most recent book, CHOOSE POSSIBILITY: Take Risks and Thrive (Even When You Fail). Check out a preview of her book here in Tech Crunch.

We’re seeking a growth & community builder to join our staff team and oversee C100’s Membership strategy, programs, and products. Reporting to the CEO, you will own and lead C100’s core product (Membership & Charter Membership), developing, refining, and iterating on the Member experience, onboarding, and engagement.

We are seeking a business development & relationship manager to lead the organization’s partner program, C100’s primary source of revenue. Reporting to the CEO, the Partnerships Manager will oversee all aspects of C100’s funding relationships.

Neo Financial is building a second HQ in the heart of Winnipeg, adding 300+ new tech jobs in the next 5 years. Fun fact: the Winnipeg office space was the previous HQ of SkipTheDishes, where Andrew Chau (#C100Fellow) & Jeff Adamson grew the team to 2500+ employees before starting Neo Financial.

Montreal-based Hopper secured $175-million in Series G financing, bringing its total raise to date to nearly $600-million and its valuation to $3.5-billion. Fun fact: it had a $2-billion valuation just five months ago. Congratulations to Founder & CEO Fredric Lalonde & the Hopper team!

Crunchbase took a look under the hood of M12, Microsoft’s venture arm as it ramps up investments. Interviewed in the article is C100 Charter Member Michelle Gonzalez, Corporate Vice President & Global Head of M12.

Jeanne Lam has been named the first President of Toronto-based Wattpad. Jeanne joined Wattpad in 2015 as the Director of Growth and quickly rose through the ranks. With over 94 million global users, the company plans to grow its team by more than 50% over the next year. Congratulations Jeanne, CEO Allen Lau (Charter Member) and the Wattpad team!

In Q2, Waterloo Region’s tech ecosystem saw 7 investments totalling $749.7-million, the best quarter the region has seen in the last two years. Big raises that were a part of this included ApplyBoard’s $368-million Series D and Faire’s $314-million Series F funding rounds. Chris Albinson, Co-Founder of C100 and CEO & President of Communitech, shared his thoughts in this interview.

Toronto-based cloud accounting software company FreshBooks has passed the $1-billion valuation mark​ following an announcement that it has secured $80.75-million in Series E financing and $50-million in debt financing (total $130.75-million). Congratulations to Co-Founder & Chairman of the Board Mike McDerment & the FreshBooks team!