C100 Fellows is our signature fellowship program for 20 founders of the most promising early-stage, Canadian-led startups. Starting December 1st, the founders in your network can be nominated to C100’s signature year-long program.

All active C100 Members, Partners, and Alumni are eligible to nominate founders.  We encourage you to see who you know from the C100 Membership community for who can nominate you or the founders you know.

Learn more at our info session on December 8th.

Events brought to you by friends of the C100 community.

U OF T ENTREPRENEURSHIP LAUNCHES ITS BLACK FOUNDERS NETWORK (BFN)

U of T entrepreneurship launches the black founders network (BFN), An inclusive community for Black entrepreneurs at all stages of their journey, created to provide access to the networks, resources, and inspiration to build, fund, and scale impactful startups. Learn more here.

Over 4 days speakers will address common hurdles and celebrate Canadian accomplishments in the fields of operational AI. With over 50+ speakers and, the 5th annual Toronto Machine Learning Summit explores use-cases, research and businesses strategies used within ML/AI industries.

As a subscriber, our friends at TMLS have offered a 50% off discount code. Use the code C100half when completing your registration.

Are you a Canadian living in the Bay Area looking to show your respects to this Remembrance Day. The Royal Canadian Legion Branch 25 has created a resource where you can pick up a poppy and donate in the Bay Area. This includes:

If you are interested in getting further involved, please email Michael Barbour, mkbarbour@gmail.com.

Our friends at the Digital Moose Lounge in San Francisco have several events on the horizon to meet up with some fellow Canucks:

This portion of the event was recorded that you can hear Christian’s story and his insights on building a Canadian-based Deep Tech company before private Q&A took place.

Michael Hershfield, former SVP of Sales at WeWork, C100 Board Member, and #C100NYC chapter lead, has launched Accrue Savings, a company that rewards consumers who save and helps retailers attract new customers. A big congratulations to Michael & the Accrue Savings team!

Kirstine Stewart has been named the Board Chair of Blink Studios, a new independent studio launched with the backing of Endeavor Content. Blink is founded by John Mrayniss, former eOne TV CEO, and fellow eOne alums including Patrice Theroux, Nelson Kuo-Lee and Jeff Lynas.  Kirstine is the Chief Revenue Officer at Pex and is the former head of CBC, founding Head of Twitter Canada and VP of Media North America, and a valued C100 Board Member. Congratulations Kirstine! | Variety

8-Bit Capital, founded and led by Jonathan Abrams (C100 Member) and Kent Lindstrom, has closed its first fund for $40-million. Check out the interview with Jonathan here (TechCrunch). Also hear from Jonathan in this blog post on why they started 8-Bit Capital.

Two valued Charter Members making the list of Inc. Magazine’s Best-Led Companies of 2021 (in America); Michelle Zatlyn, Co-Founder,  President, and COO of Cloudflare; and Patrick Spence, CEO of Sonos. Check out the list and some insights from these two tech titans here.

International students can help Canada rebuild post-pandemic — all we have to do is let them | op-ed by Martin Basiri, Co-Founder & CEO of Applyboard, in the Toronto Star

At COP26, Prime Minister Justin Trudeau announced that Canada will impose a hard cap on emissions for the oil and gas sector. Alberta Premier Jason Kenney has some words to say about the announcement.

Long-distance relationships: Business is booming for the companies helping Canadian startups hire globally | The Logic via the Financial Post

Coveo Solutions has filed to go public on TSX, joining a recent parade of Canadian tech companies launching IPOs | The Globe and Mail.

TWEET OF THE WEEK | “Soooo the moose in Saskatoon just broke through the window at Sylvia Fedoruk school. No one was hurt. Kids are fine. What a morning. #yxe” – @patduboi 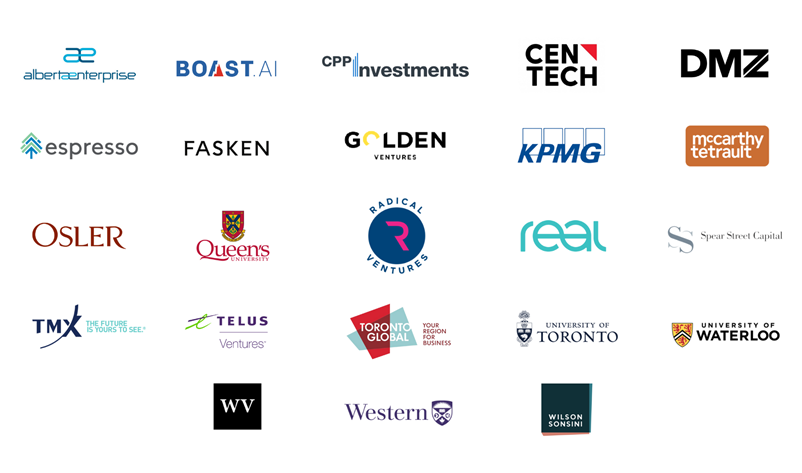 GROW TOGETHER!
JOIN THE C100 AS A MEMBER