Thank you all for your involvement and support with the search for who will make up the 2022 cohort of C100 Fellows. We’re thrilled to say that there were over 450 applications! This week, our esteemed Selection Committee (made up of founders, investors, and senior leaders in the C100 Membership and Partner communities) gathered to review this competitive group of applicants. Next up: the interview round.

Who is a C100 Charter Member you ask? In short, they belong to a by-invitation cohort of the C100 Membership, united in the mission to inspire and advance the next generation of Canadian entrepreneurship and leadership in tech.

C100’S NEXT CHAPTER LAUNCHES THIS MARCH!

You heard it here first: the next C100 Chapter to launch is C100 Los Angeles! Stay tuned for a launch event taking place at the end of March for Members of this Chapter (and those in town!).

Do you know a Canadiant tech founder, operator, or investor building in Los Angeles? If that is you or someone you know, we invite you to apply using the link below!

Do you know an energetic, detail-oriented, entrepreneur-loving person that would be a perfect fit to join C100’s Marketing Team?

The ideal person for this position is a “Jack/Jill of all trades” that is passionate about the startup scene and uplifting global Canadian tech leaders. They know how to tell a great story, have excellent business communication skills (especially written), and embrace the special balancing act of creative development and data-driven growth. Learn more about the role here or using the link below.

FEB 9 | WEBINAR: THE STATE OF FUNDING FOR BLACK ENTREPRENEURS IN CANADA

Rep Matters, a Real Ventures’ initiative, is hosting a webinar focused on the current state of funding for Black entrepreneurs in Canada. Learn where progress has been made, what gaps still exist, and how we can continue to build on efforts to create a more inclusive tech ecosystem. Real Ventures is a proud C100 Corporate Partner >> REGISTER HERE.

“A FOUNDER’S STORY: FROM COLLEGE TO THE NASDAQ IN 8 YEARS

Francis Davidson, Co-Founder & CEO of Sonder (and C100 48Hrs Alumnus ’15), shares his founder journey, from dropping our of college in Montréal, growing a hospitality disruptor out of the Bay Area, going through the worst crisis the industry has ever faced, to now entering the public markets. >> READ IT HERE

Walmart-backed fintech Hazel has signed a definitive merger agreement with Even and ONE, expected to operate collectively under the ONE brand. Hear from David Baga, CEO of Even (and C100 Charter Member), who breaks down more about this deal.

Montréal-based Hopper (led by Frederic Lalonde) has added short-term home rentals to its app offering, placing it directly in the sights of AirB&B. ICYMI: Hopper secured more than $400-million across three separate financing rounds in 2020 and 2021, boosting its valuation to $3.5-billion. | Globe and Mail

Sonder, led by Francis Davidson (48Hrs Alumnus ’15), has debuted on the Nasdaq ($SOND) after completing its previously announced combination with Gores Metropoulos II, a California-based SPAC.

Last year, British Columbia saw investments increase 316% with a total of $662M across 35 deals in the province, the second-largest investment increase in Canada (Toronto 354%).  This article from BetaKit interviews Chris Neumann to breakdown some of the successes seen in the region (C100 Member). 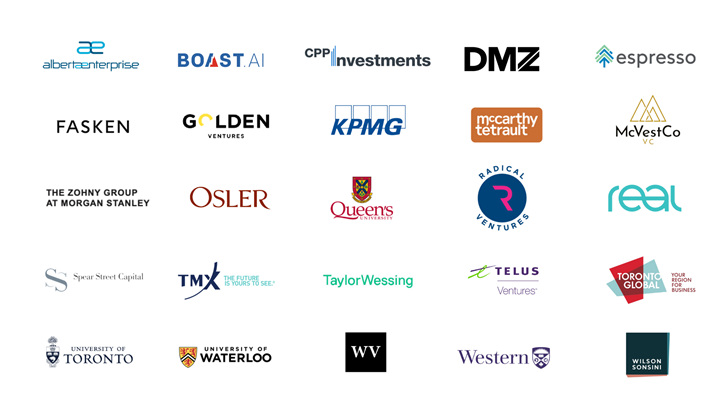