I served in the U.S. Air force on active duty in Alaska with Canada being our next-door neighbor. In addition, I have served in the Army Reserve and Army National Guard for a total of 33 years’ service. 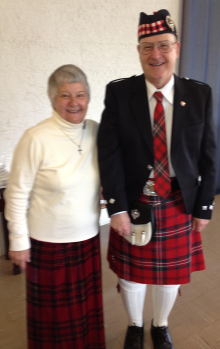 Fred encouraged me to attend a meeting and meet fellow members, which included American and Canadian Veterans. After attending a meeting, I saw the benefit of the mission and joined. Over the past 29 years I have participated in multiple activities with my fellow Legionnaires, and I have served in various officer positions up to and including Post Commander (formerly) and Branch President.

I joined to support the mission of serving Canadian and NATO veterans.