While I am a veteran of the US Air Force, I was stationed on two occasions in Air Traffic Control Radar Maintenance at Canadian Forces Base: Goose Bay in Labrador. 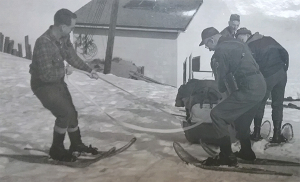 My service made me eligible for membership in the American Legion, however, I chose to join the Royal Canadian Legion. At the time, I felt that the San Francisco branch of Royal Canadian Legion had a wider range of social gatherings and other activities that were more enjoyable to attend.

As a member of Branch 25, I have served in a number of executive positions- including as Membership Chair for the past 15 years or so.

I joined to support veterans and for the comradery that I saw in the Legion.