We are thrilled to announce that the C100 received more nominations than ever before for the C100 Fellows program (f/k/a 48Hrs in the Valley), with a 73% increase from the prior year! Mark your calendars for this cohort announcement on March 31. In the meantime, we are preparing for the C100 Summit, a members-only event, taking place from March 22 – 25.

Prospect.fyi in partnership with BDC Capital, a C100 Foundational Partner, has launched their latest report on the state of talent in Q4 2020.

Lastly, we share the news, announcements and events happening throughout the C100 Community and Canadian tech landscape.

Wishing you all the best,
The C100

CANADIANS YOU SHOULD KNOW:
THREE CANADIAN EXPATS MAKING AN IMPACT ON BLACK REPRESENTATION IN THE TECH INDUSTRY 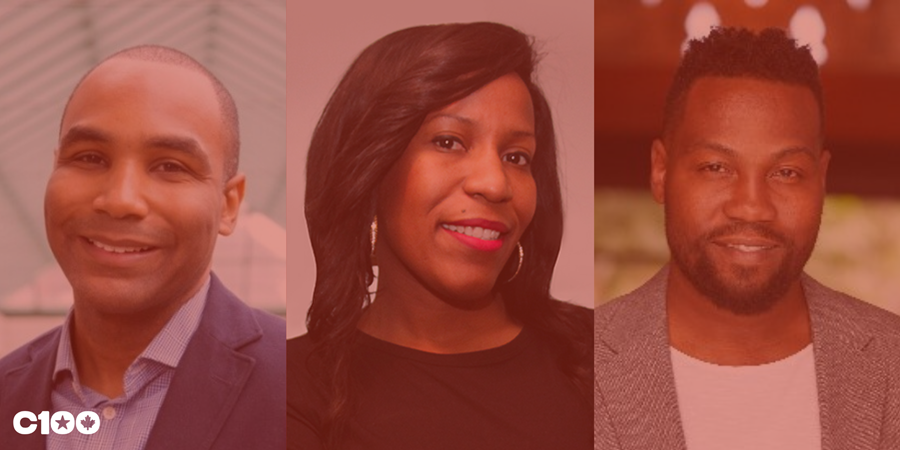 Andre Charoo, C100’s Co-Chair and Founder & Managing Partner at Maple VC, sat down with three exceptional Black Canadian tech leaders living in the United States to share their personal and professional experiences on both sides of the border and how they are helping raise participation rates for Black talent in tech.

We’re also shedding light on a few Canadian-led programs that are working to raise these numbers and create generational impact on Black entrepreneurship and representation in tech.

HEAR FROM THESE LEADERS

Participants will hear from both prominent and under-amplified Canadians leading world-changing companies and those motivated to solve generational problems.

The C100 is seeking a contract-based professional writer to author a report summarizing insights coming out of its Summit, held on March 22-25. The specific role is best for an experienced writer of business reports & white papers, and a communications expert.

If interested, please email connect@thec100.org with at least one sample of prior work and your interest in the Canadian technology sector.

Prospect and BDC Capital (a C100 Foundational Partner), have recently released “The State of Talent: Q4 2020: Data-driven insights to help you understand how the talent landscape is evolving in Canada’s innovation economy”.

CHECK OUT THEIR INSIGHTS

Mark Carney, former Governor of the Bank of Canada and the Bank of England, has joined Stripe’s board of directors. We can’t wait to see the impact yet another great Canadian in tech will make!

🤝 Toronto-based fintech Borrowell, led by Andrew Graham and Eva Wong (both C100 Members), on completing its latest acquisition of RefreshCanada and raising $25 million!

₿ Canada is home to the world’s first publicly traded #Bitcoin ETF (BTCC) and has now launched a second (EBIT)! RocketFlag of Canada Both are listed on the TSX and BTCC got off to a stellar start, with investors exchanging more than $260-million shares on Day 1.

🤝 Boreal Ventures has launched a new venture capital fund in partnership with Centech, a C100 Corporate Member, aimed at investing in Québec-based startups at the pre-seed and seed stages.

🇨🇦 The Business Council of Canada sent a letter to Prime Minister Trudeau and the Premiers, calling on a national push to vaccinate and test Canadians for COVID-19.

Espresso Capital, a C100 Corporate Member, has released their latest thought leadership piece on growth efficiency metrics and the key role they play when lenders are evaluating a SaaS business. 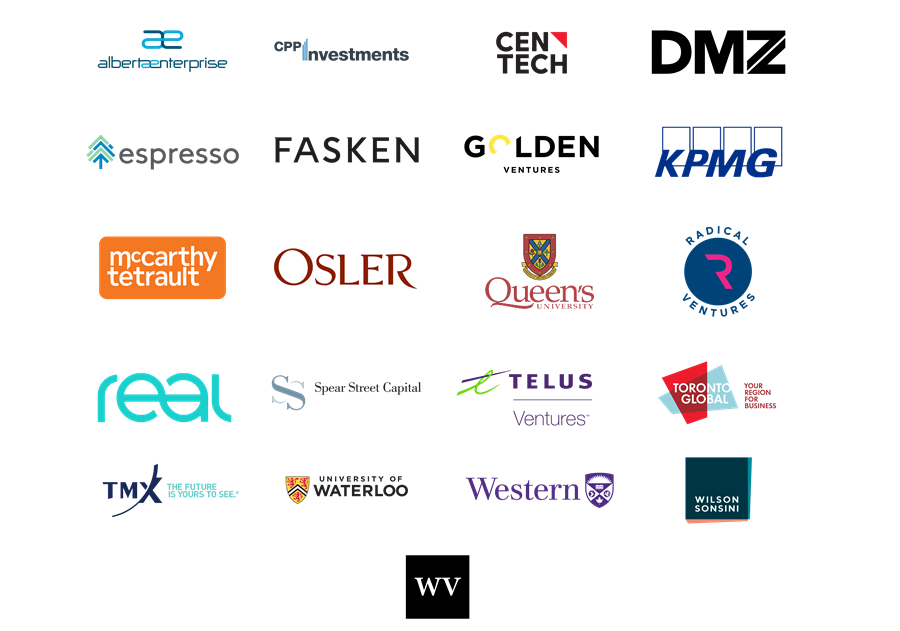 C100 Association | San Francisco, CA
You are receiving this email because you have either subscribed to our mailing list or indicated your interest in receiving updates by attending one of our member or community events.