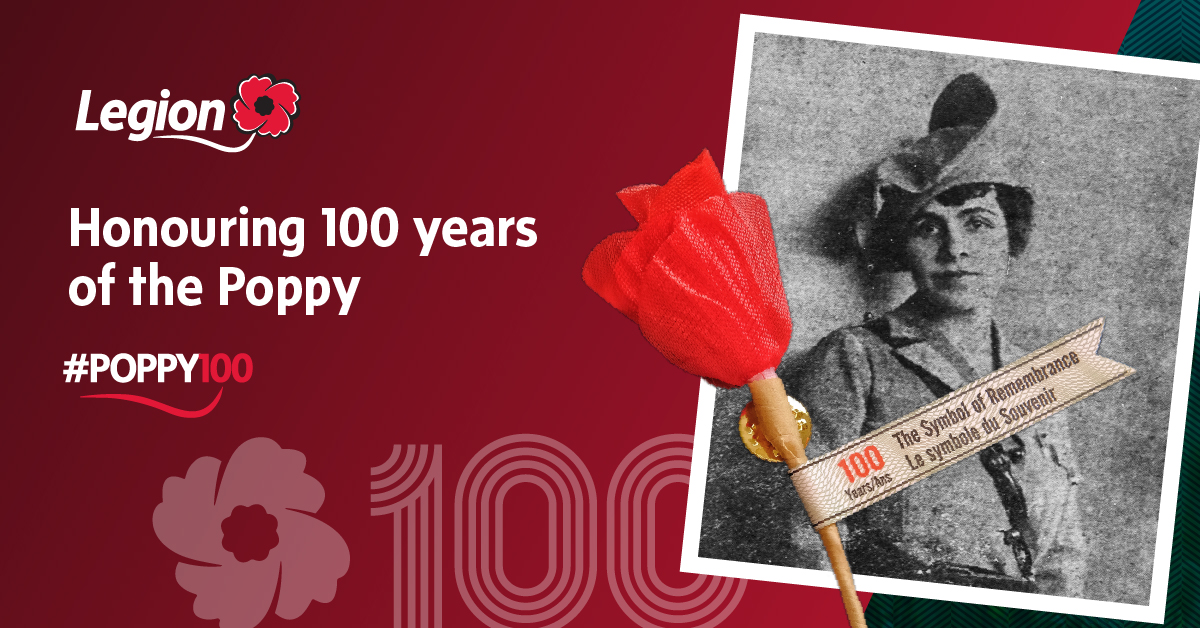 OTTAWA, ON, 6 July 2021 – One hundred years today, the precursor to The Royal Canadian Legion officially recognized the Poppy as Canada’s lasting symbol of Remembrance. A century later, the Legion is commemorating this historic milestone.

“We are proud to be the safekeepers of this special symbol, brought to us by a visionary woman,” says Dominion President Thomas D. Irvine, CD. “Every time I see a Poppy I think of our fallen, and I thank them for their sacrifices.” 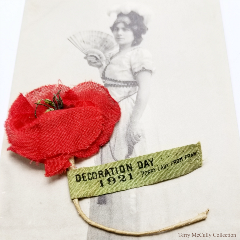 The idea for the Remembrance Poppy in Canada was conceived by Madame Anna Guérin of France. She was inspired by John McCrae’s poem “In Flanders Fields.” Anna had originally founded a charity to help rebuild regions of France torn apart by the First World War, and created poppies made of fabric to raise funds.

Later, Anna presented her concept to France’s allies, including the precursor to The Royal Canadian Legion, The Great War Veterans Association. The idea was considered at a meeting in Port Arthur, Ontario (now Thunder Bay) and was adopted on July 6, 1921.

The Legion’s “Poppy 100” tributes this year include:

Visit Legion.ca to learn more about the history of the Poppy.

“The Poppy is central to everything we do, and will always remain a powerful symbol in Canada,” says Angus Stanfield, Dominion Vice President and Chair of the Poppy and Remembrance committee. “When people donate to the National Poppy Campaign each November, and proudly display the Poppy on their lapel, they are reflecting their heartfelt thanks for our Veterans.”

Donations collected across the country each November during the Legion’s National Poppy Campaign go into dedicated Poppy Trust Funds and are used solely to support Veterans and their families.