If you happen to live in an area that does not have an active branch of the Royal Canadian Legion, this might be an option for you to obtain a poppy.

Last year you kindly and generously donated to the Legion’s National Poppy Campaign through the Digital Poppy initiative at www.mypoppy.ca.

We’re asking if you could please participate as a donor again this year. All funds raised from donations through the Digital Poppy are dedicated to needed programs and services for our Veterans and their families.

Thank you for your continued support.

The Digital Poppy as part of the National Poppy Campaign is generously supported by our corporate partner, HomeEquity Bank.

Today marks the start of the Annual Poppy Campaign.

This Remembrance Day, we are proud supporters of all our veterans and first-responders who have given their lives for the Canada we enjoy today. This Poppy season will look different, but you can still find a poppy:

We received this from Dominion Command earlier today.

OTTAWA, ON, 16 October 2020 – The First Poppy of The Royal Canadian Legion’s 2020 National Poppy Campaign was presented to Her Excellency the Right Honourable Julie Payette, Governor General and Commander-in-Chief of Canada today. For the first time, and due to the pandemic, a virtual presentation took place in lieu of the traditional ceremony held at Rideau Hall in Ottawa.

The Legion’s Dominion President, Thomas D. Irvine, CD offered the flower with words of thanks. “Veterans both past and present appreciate your personal engagement,” said Irvine. “Your example will be followed by millions in Canada and abroad. All will take comfort in this symbolic act, and through the continuing support for our Veterans shown by you and by Canadians.”

As Viceregal Patron of The Royal Canadian Legion, Ms. Payette accepted the symbolic poppy and expressed her support for the 2020 National Poppy Campaign.

“Of course, this year, the campaign looks different,” she said. “But the intent is still the same and is still as noble. We must support our veterans, as they supported us during challenging points in our history,” she shared. Her Excellency reflected her admiration for all Veterans who have served our country. “Thank you for all you have done and you still do, for Canada. And thank you to all Canadians, for supporting the National Poppy Campaign,” she said.

The Legion’s 2020 National Poppy Campaign launches each year on the last Friday in October, and will begin on October 30 this year.

“This year the poppy also reminds us of the special significance of 75th anniversary of the end of the Second World War,” said Vice Admiral (Ret’d) Larry Murray, Legion Grand President. “In this year of the pandemic, Remembrance also reminds us that our nation has been through even more challenging times than we’re experiencing now. Canadians persevered then and we will now.”

As the national symbol of Remembrance, the red poppy represents the ongoing thankfulness Canadians have for all fallen military and RCMP Veterans.

Funds donated locally during the National Poppy Campaign are distributed locally to help support Veterans and their families, communities, and to promote Remembrance.

About The Royal Canadian Legion

Founded in 1925, the Legion is Canada’s largest Veteran support and community service organization. We are a non-profit organization with a national reach across Canada as well as branches in the U.S., Europe and Mexico. With 260,000 members, many of whom volunteer an extraordinary amount of time to their branches, our strength is in our numbers. 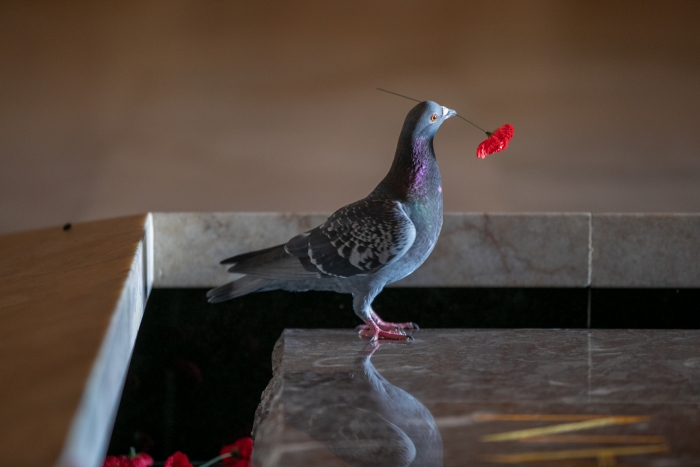