Today marks the 20th Anniversary of the Terror Attacks of September 11, 2001.

This morning, and every day, we remember the many souls who were lost on 9/11. We remember the airline passengers traveling in each of the 4 aircrafts, the men and women innocently going about their morning routine in the World Trade Center, the 412 first responders who lost their lives through heroic acts, and those who have succumbed to the repercussions in the two decades since.

The photo above shows not only the unforgettable image of the Twin Towers, but also a rescue truck with 6 firefighters from FDNY’s Ladder 118 headed in to help.  All 6 of those men perished that day.  20 years later, we remain humbled by their bravery.

One of the worst days in our history saw some of the most courageous acts in our history. Images from that day ignite an array of emotions: grief, disbelief, anguish… but ultimately, as we remember those lost on 9/11, we feel a renewed sense of unity.

An item from one of our fellow veterans organizations in the Bay Area.

Normally at the start of every month, we send you updates of what’s going on at the Marines’ Memorial. IN LIGHT OF THE DEVASTATING LOSSES IN KABUL LAST WEEK, we are instead using this space to honor the 13 service members killed while serving our Country. We also want to acknowledge the incredible ongoing sacrifices of all the young men and women who are currently serving in harm’s way. THE SACRIFICE OF ALL WHO SERVE IN UNIFORM

In the previous editions of Marines’ Memorial: 75 Years in the Making, we’ve focused on the people, the building, and the city.  While we think all of these are quite photogenic, this month we’d like to focus on arguably our most photographed feature of the Club… the Bulldogs!

The Devil Dogs of Marines’ Memorial

It was after the Battle of Belleau Wood in 1918 that the Marines assumed the moniker “Teufelshunden” or “Devil Dogs,” purportedly from the battered Germans who dubbed their salty, indefatigable conquerors. 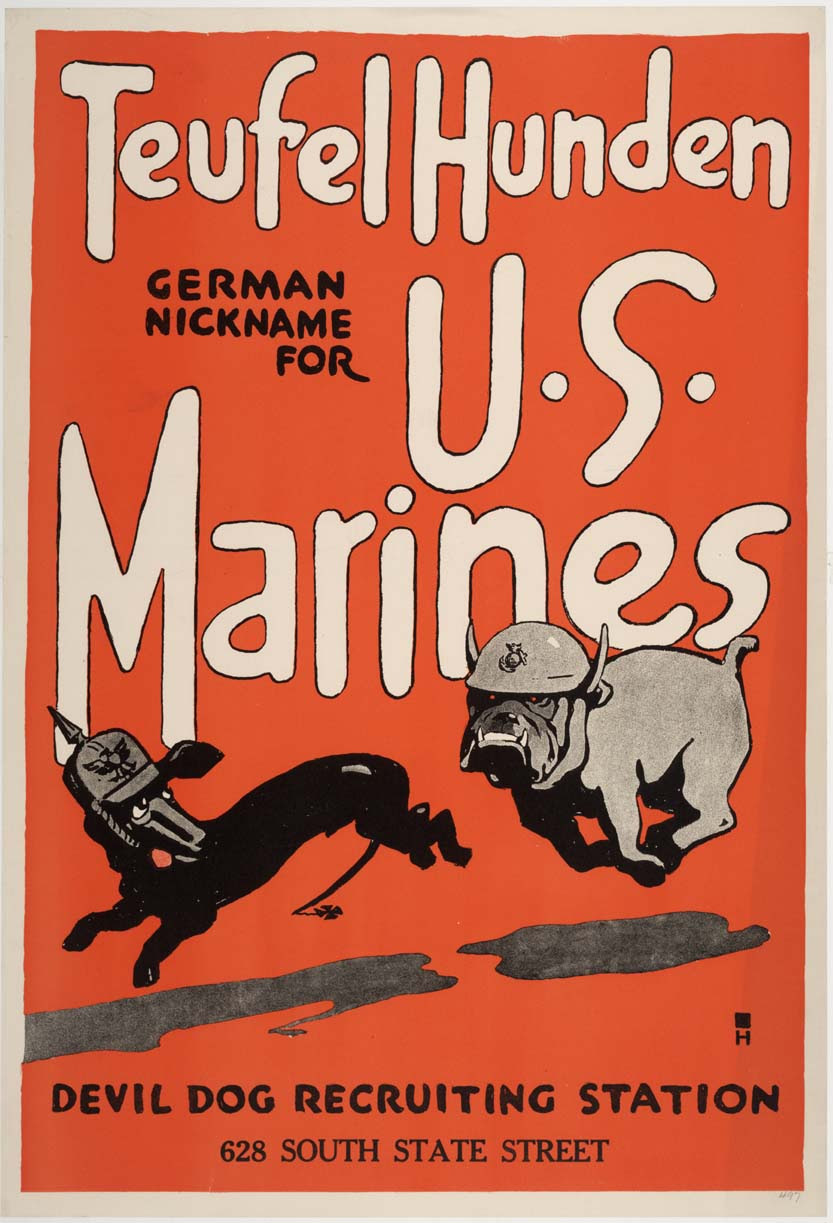 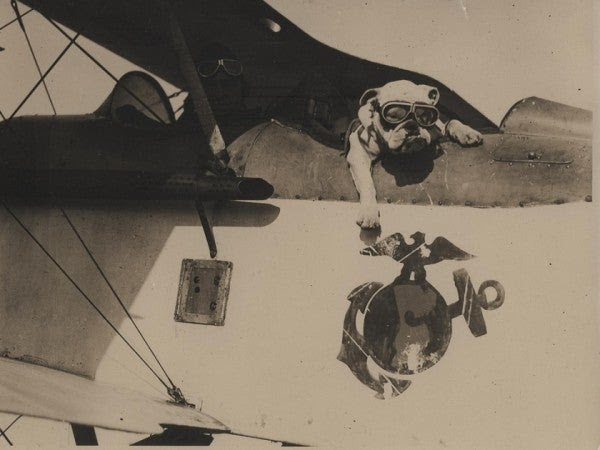 From the very first canine recruit, SgtMaj Jiggs, to the long line of “Chestys” that began in 1957 honoring LtGen Chesty Puller, the most decorated and venerated Marine in the history of the Corps, the bulldog has been the revered mascot of the United States Marine Corps.  Marines’ Memorial has honored that tradition for the last 20+ years right here at the Front Desk of the Club. 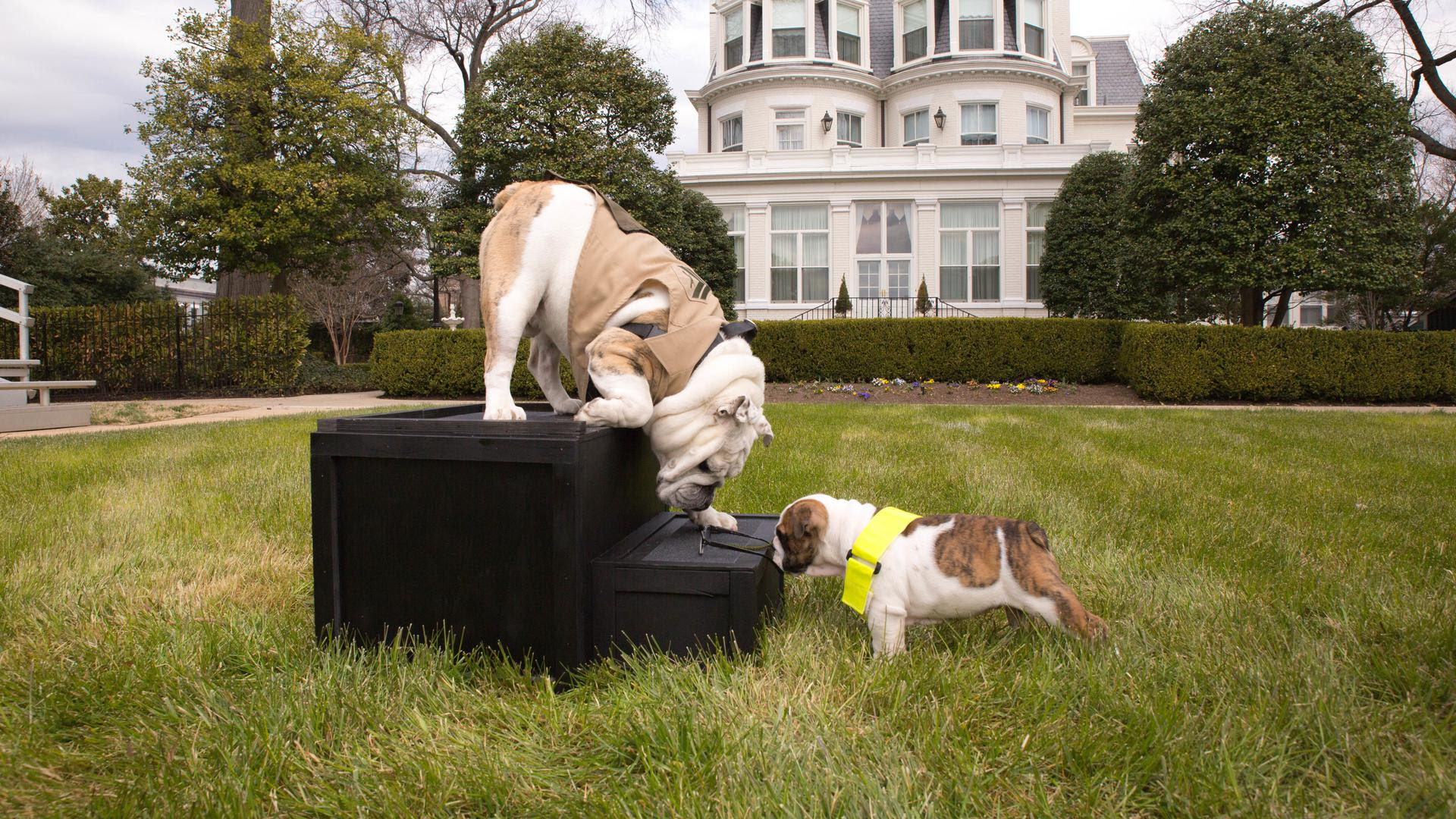 The Marines’ Memorial bulldog family started with Bubba in 1998 who was followed by Bailey, Beau, Bubba Jr., Beulah and our two newest recruits who joined us last summer, Ms. Betty White and Brutus. 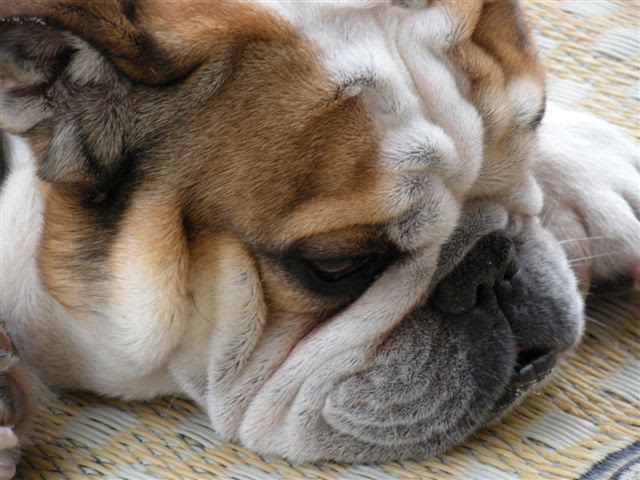 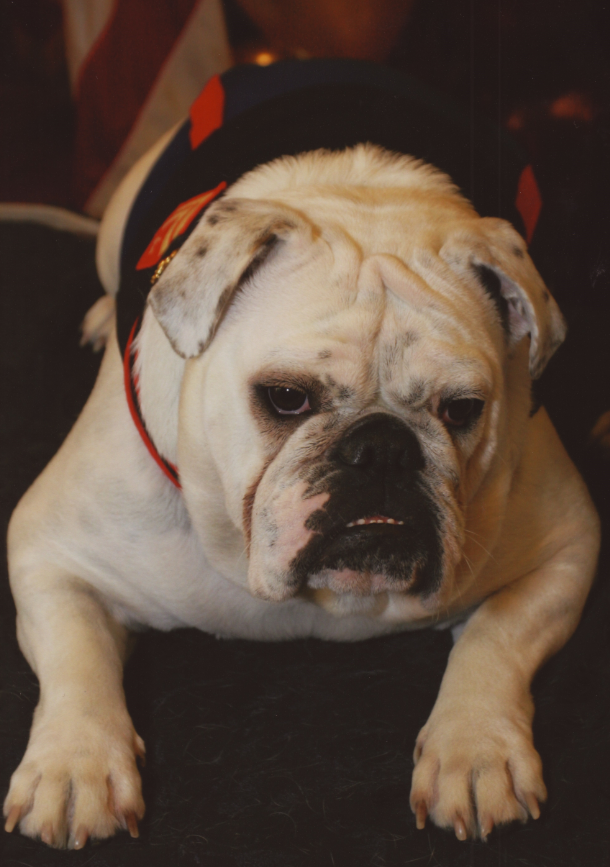 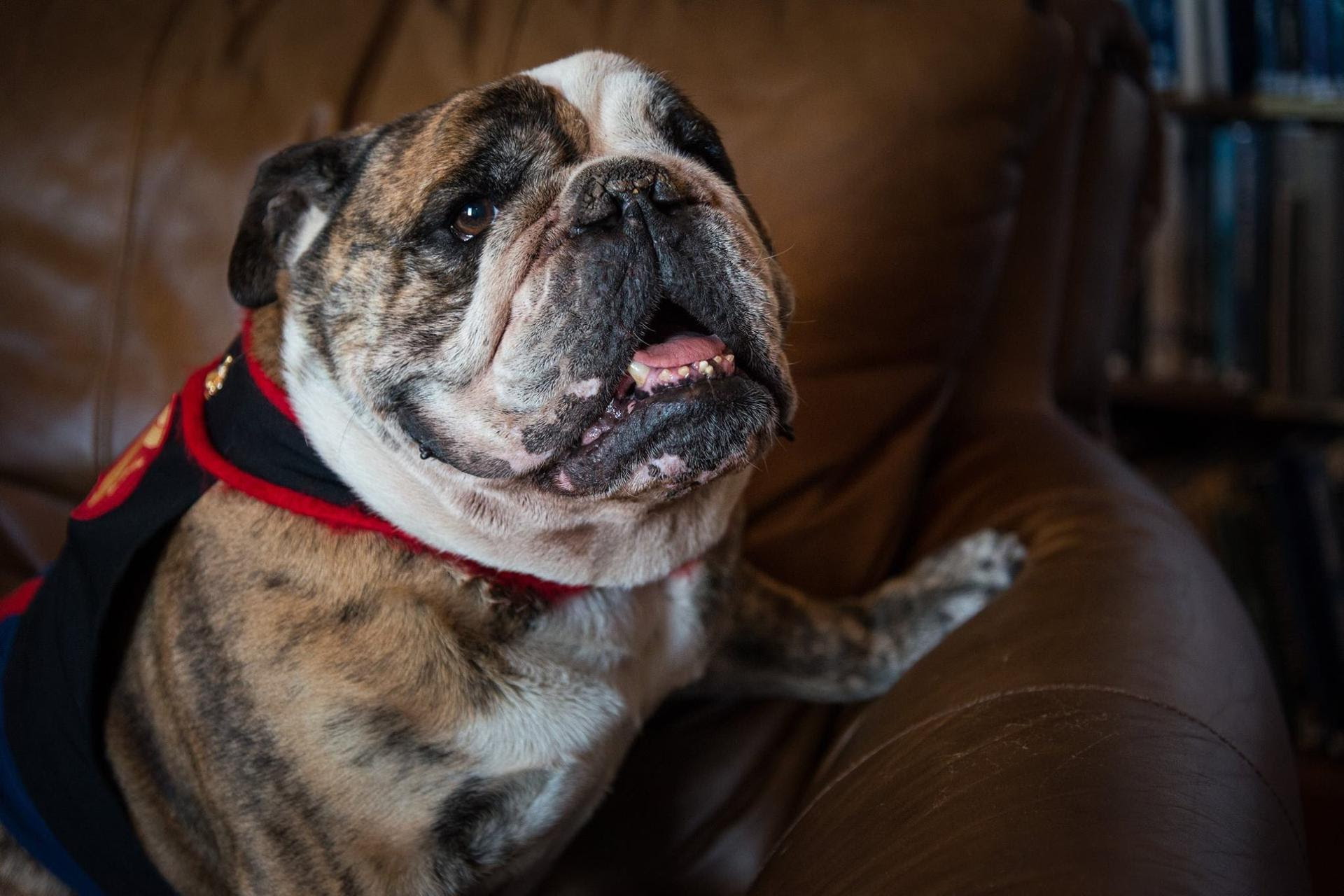 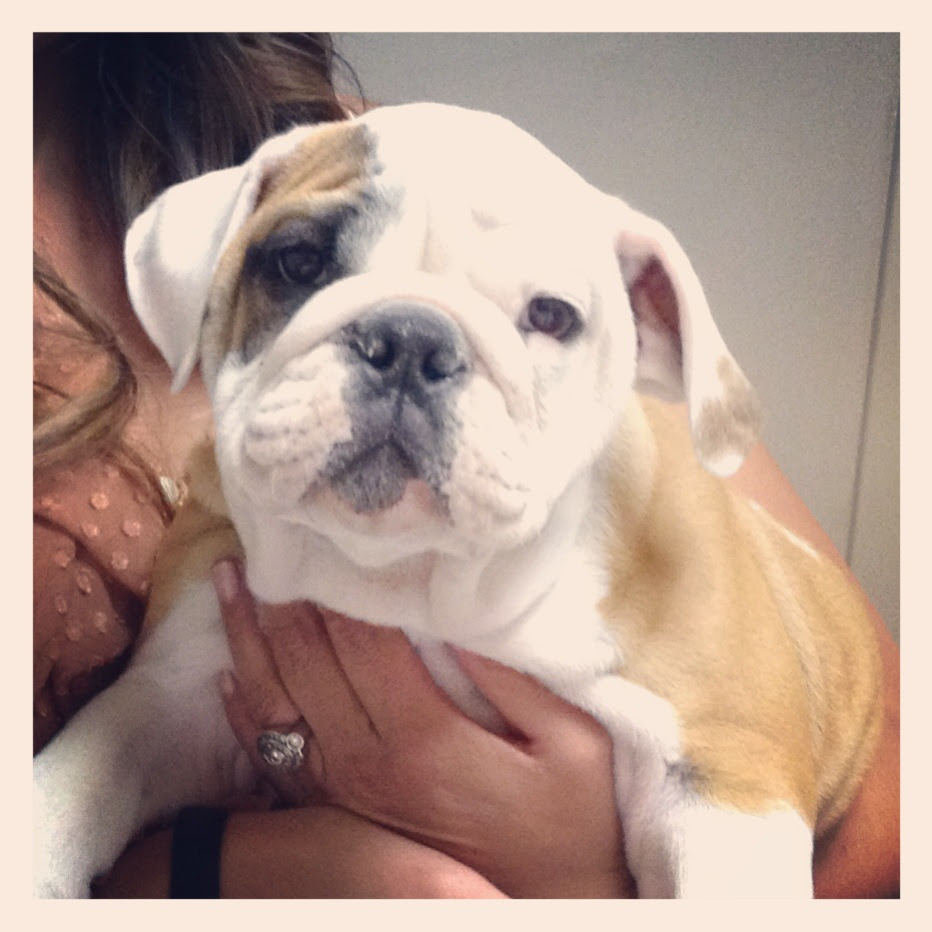 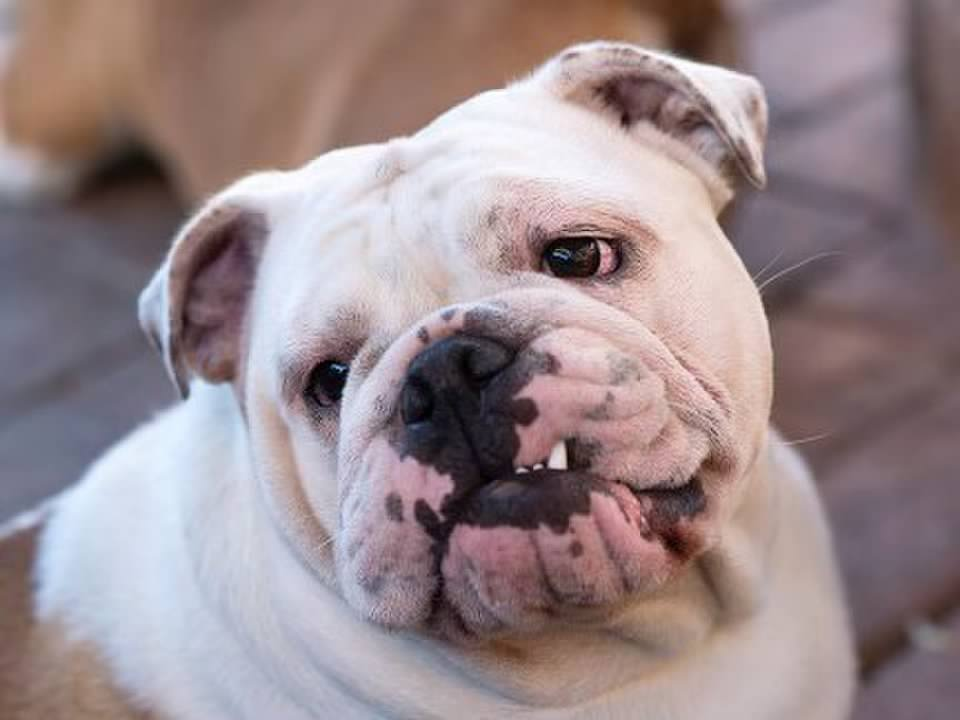 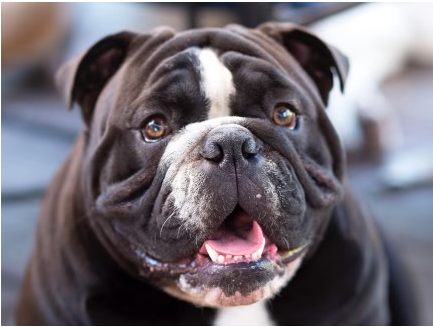 Submit your own Marines’ Memorial memory!
July’s topic: San Francisco in 1946
Forward this email to a Friend

A notice of an online event from a fellow veterans organization in the Bay Area.

We’re excited to bring you our next virtual episode of “Meet the Author!”  Although our programs often focus on non-fiction, this edition features a fiction author who uses his experiences in the Marine Corps and Air Force to help create his thrilling mysteries.

Colonel Lawrence Colby, USAF (Ret), whose call-sign is “Cheese,” has written three books in The Ford Stevens Military-Aviation Thriller Series.  His latest is The Buffalo Pilot.  Marines’ Memorial President and CEO, LtGen Mike Rocco, talks with Cheese about their time together as gunfighters, Col Colby’s writing process, and what he’s working on next. 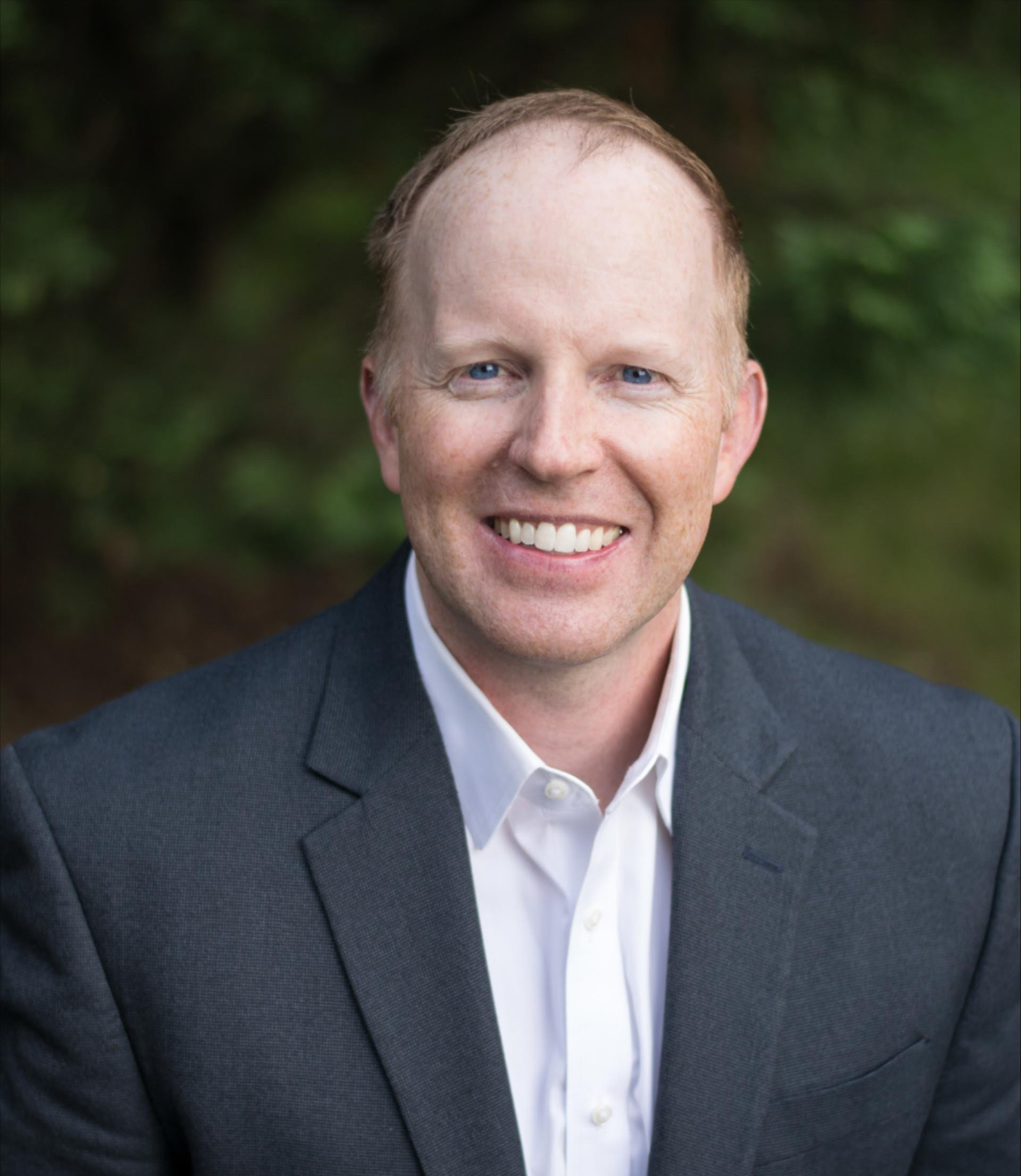 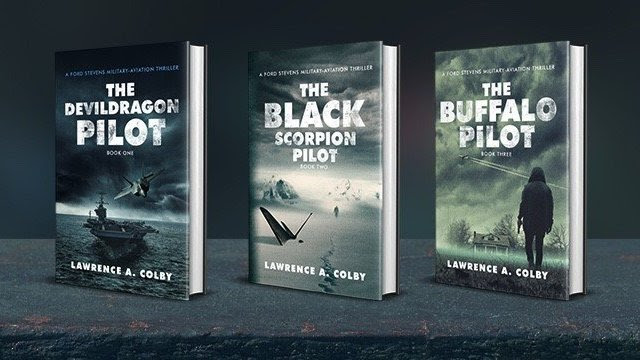 Lawrence A. Colby is the #1 Amazon bestselling author of The Ford Stevens Military-Aviation Thriller Series. His books are published in over 12 countries and are enjoyed from the US and UK to India and beyond.

A veteran Marine Corps AH-1W Cobra attack pilot and Air Force Reserve C-130 Hercules pilot, he has worked and flown all over the globe. Over his 28-years in the military, he worked in locations from Iraq and Afghanistan to the Philippines, Pentagon and beyond. Flying under the callsign “Cheese” in the squadrons, he retired from active duty in 2018 and lives in the Washington, DC area.

“Cheese” holds a BA in History from Niagara University, MA in Leadership from Duquesne University, and an MS in National Resource Strategy from The Eisenhower School at National Defense University. His military schools include Undergraduate Pilot Training from both the US Navy (Naval Aviator) and US Air Force (Pilot), in addition to the Naval Postgraduate School’s Aviation Safety Program and the AJPME Program at the Joint Forces Staff College.

He is the author of THE DEVIL DRAGON PILOT, THE BLACK SCORPION PILOT, and his latest military-thriller THE BUFFALO PILOT. He is especially grateful to veteran readers who Cheese feels have pushed each of his books to #1 status.

On 1 October 2020, Lieutenant General Michael Rocco retired after 37+ years as an Active Duty Marine.  Just one month later he took the top job at Marines’ Memorial– our President & CEO.

Mike Rocco received his BS in Business Administration from St. John’s University in New York and was commissioned a Second Lieutenant in May 1983.

Upon designation as a Naval Aviator in February 1986, he was assigned to HMLA-367, Camp Pendleton, CA.  In August 1990, he deployed to Saudi Arabia in support of Operation Desert Shield/Desert Storm.  Captain Rocco was assigned as a Flight Leader and led over 40 combat missions.   He earned two Master’s Degrees while on Active Duty, commanded at every level in aviation, and has flown nearly 4,000 hours.

In 2017, he was promoted to Lieutenant General and assumed the duties of Deputy Commandant for Manpower and Reserve Affairs.

An item from a fellow veterans organization in the Bay Area that may be of interest to members.