Have you heard the quote “surround yourself with people who will mention your name in a room full of opportunities”? This Women’s History Month and International Women’s Day, we have an ask for you. Share and celebrate the exceptional Canadian women in your networks, both publicly and in private conversations, who are doing high-impact work in the technology & startup ecosystems.

Over the next three months, we are committed to bringing in 100 incredible Canadian women into the C100 Membership who are building great technology companies and the women who are investing in them. This campaign is spearheaded by the C100 Women’s Initiative, led by the wonderful Shari Hatch Jones.

If you know a great Canadian woman who is building or investing in a technology company, we have two events coming up in Toronto and NYC for C100’s female Members and their invited guests. Looking to be attend? Apply today or see if you already know some Members.

C100’S NEXT CHAPTER LAUNCHES THIS MONTH!

C100 Los Angeles kicks off with a celebration on the evening of March 31st! Connect with fellow Canadian leaders who are founding members of this chapter and special guests, inclduing:

Do you know a Canadian tech founder, operator, or investor building in Los Angeles? If that is you or someone you know that should be a part of this rising community, we invite you to apply using the link below!

The Fellows 2022 cohort announcement is quickly approaching! Meet Canadian founders who are leading some of the most promising early-stage startups that will make up this year’s cohort on April 6th. Also, 48Hrs takes place on May 11-12 where the C100 Membership community will gather for two full days of programming to kick off the 2022 Fellowship.

U of T Entrepreneurship Week features a full slate of programming – startup showcases, pitch competitions, keynote talks, workshops, networking events panel discussions and more. Open to the public, this year’s schedule includes Entrepreneurship Week mainstays, such as the UTE Startup Prize Pitch Competition, True Blue Expo and UTE Speaker Series: From the Track to the Boardroom with Donovan Bailey. Plus, back by popular demand Pitch with a Twist – celebrating International Women’s Day, Fireside at FemSTEM with Dr. Sandy Skotnicky, and the Hatchery Speaker Series. U of T Entrepreneurship is a proud C100 Corporate Member >> REGISTER HERE

MAKE YOUR CUSTOMER INTERACTIONS COUNT OR BURN IT ALL DOWN?

Published by Nasdaq, Hanif Joshaghani, Co-Founder & CEO of Symend (and C100 Member), tackles the digital interaction paradox head on; how can providers engage consumers who want the ease of digital communication methods (and have high expectations), but are also tired of onslaught the of emails and texts? Those who succeed in solving this, will rise to the top. >>> READ THE ARTICLE

Michele Romanow (Charter Member) will be transitioning from Clearco’s President to CEO as Andrew D’Souza (Charter Member) announced that he is moving to Executive Chairman. We look forward to following Clearco’s rapid and continued growth!

Check out this boss campaign from Toronto-based Knixwear, led by Founder & CEO Joanna Griffiths, for IWD 2022. It’s called “Big Strong Woman” (ft. Ashley Graham) and was inspired when Griffiths was in the final weeks of her twin pregnancy while raising a $50-million Series B. Check out what Joanna has to say about the campaign’s inspiration here.

Toronto-based live learning platform Disco closes a $15-million Series A to help fuel product development, scaling go-to-market, and hiring. You may have heard of some of the creators already using their platform including Margaret Atwood, David Suzuki, Andre Degrasse, and more. Congratulations to Co-Founders Candice Faktor & Chris Sukornyk!

Do you know an energetic, detail-oriented, entrepreneur-loving person that would be a perfect fit to join C100’s Marketing Team?

The ideal person for this position is a “Jack/Jill of all trades” that is passionate about the startup scene and uplifting global Canadian tech leaders. They know how to tell a great story, have excellent business communication skills (especially written), and embrace the special balancing act of creative development and data-driven growth. Learn more about the role here or using the link below. 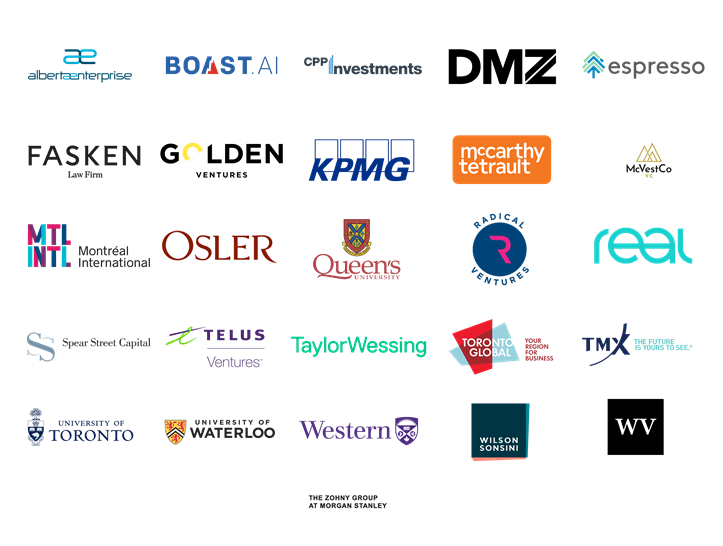